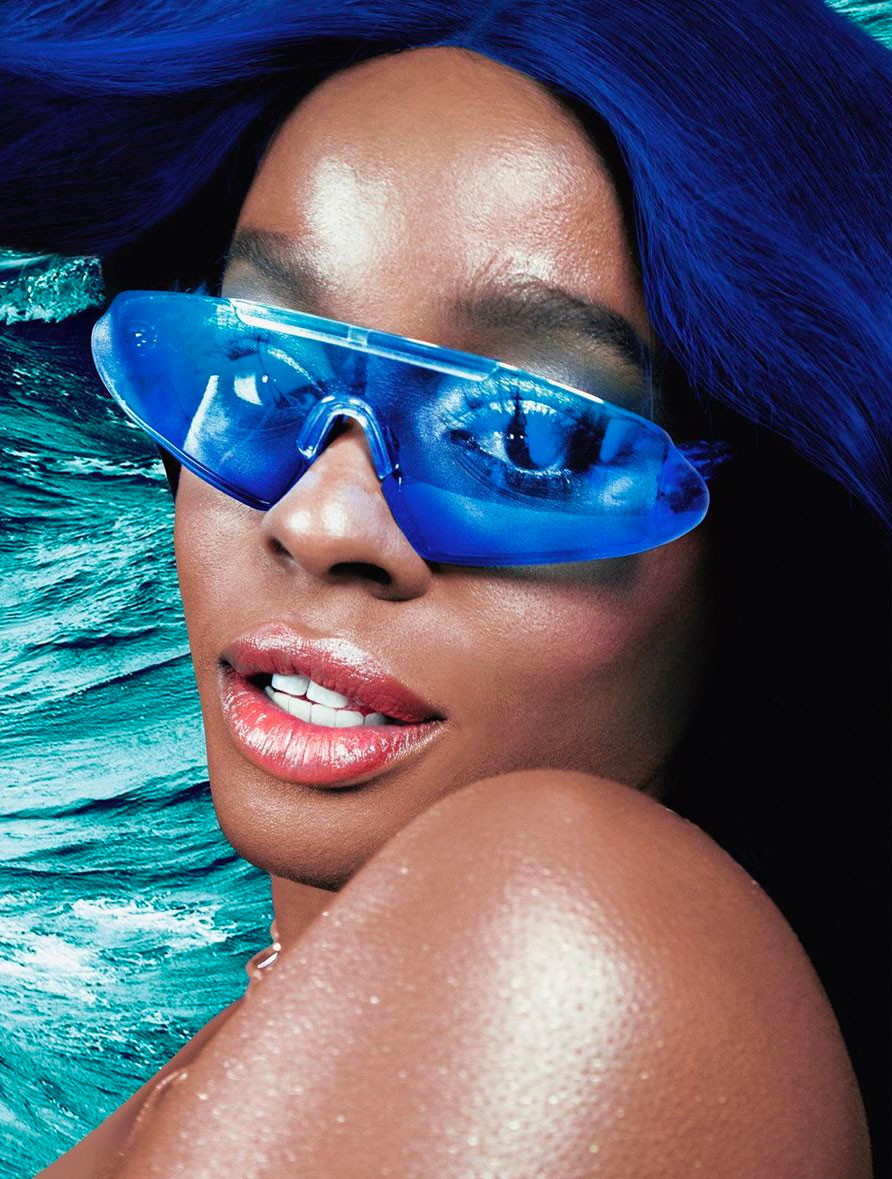 Azealia Banks is an American rapper and is best known for her hit song “212.” I have been a fan of her music since 2012, so when the opportunity to work for her came my way, I was quick to hop on the project.

After working with Azealia and her team on CHEAPYXO was then given opportunity to design and develop her official website as well.

The current design was developed in a way where we could easily swap out the initial view with anything she may want to promote.

We also created pages for her music and videos so fans could easily access all of her content. 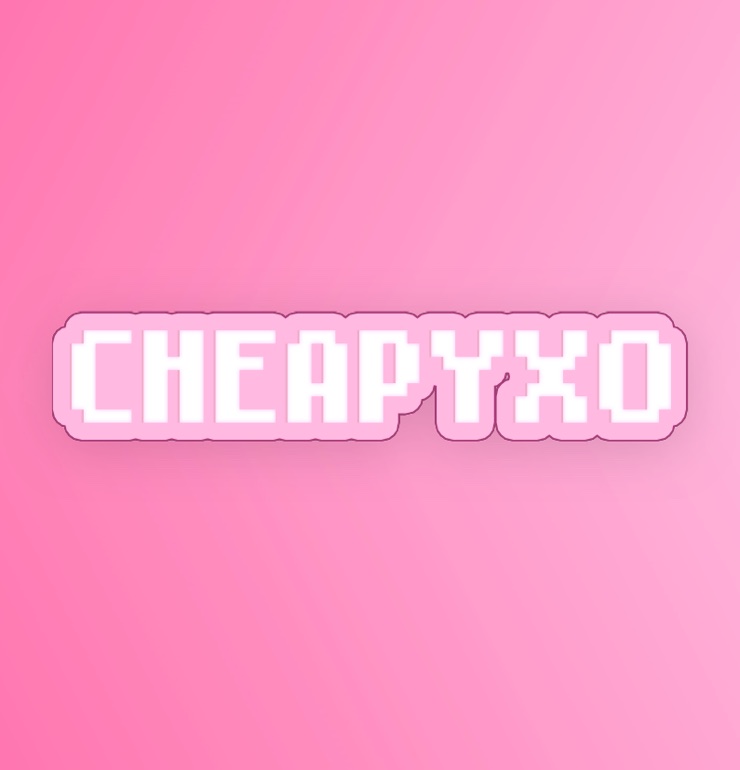 Azealia Banks is an American rapper and is best known for her hit song “212.” I have been a fan of her music since 2012, so when the opportunity to work for her came my way, I was quick to hop on the project.

CHEAPYXO is Azealia’s venture into the world of business. The e-commerce website hosts her custom made soap line, music and fun odds & ends.

After a successful launch and selling out of all her custom products, the website went on hiatus so Azealia could handle the backlog of orders. We took this time to design a new look for the website.

We wanted to keep it unique and very “Azealia,” but we also wanted it to give off more of a professional feel.

We were able to accomplish this by using gradients and swapping out the 8bit for more Seapunk tones. 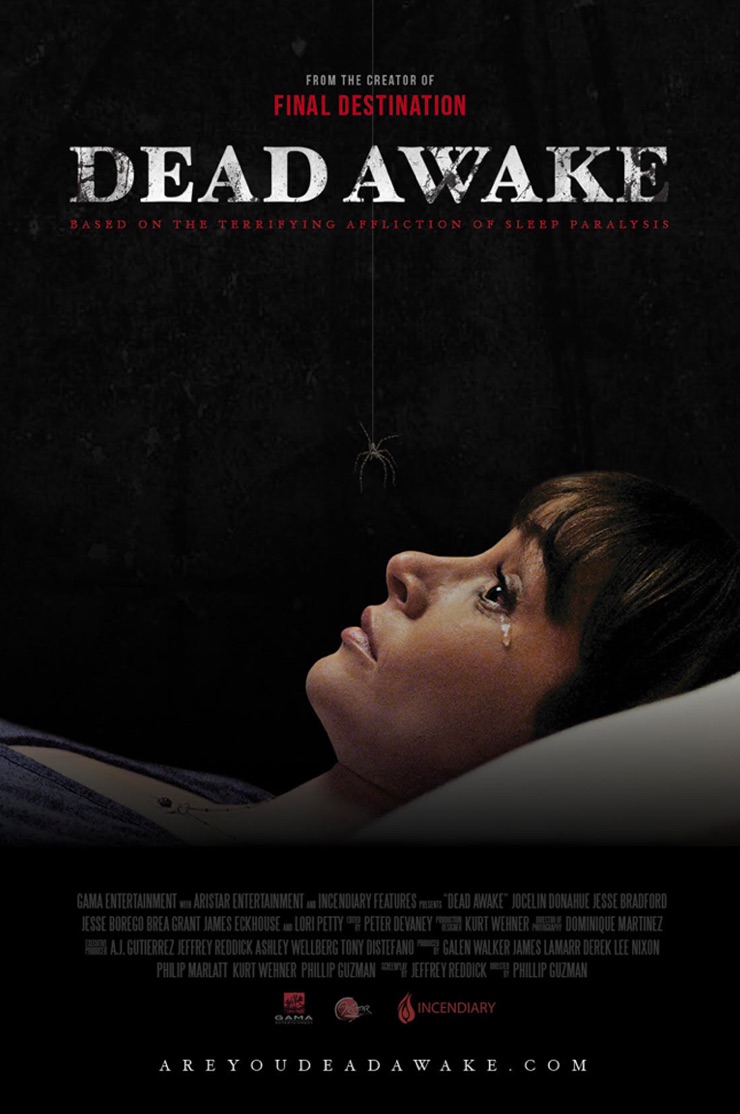 “Dead Awake is a horror film written by Final Destination creator, Jeffrey Reddick. The film follows a young woman who must save herself and her friends from an ancient evil that stalks its victims through the real-life phenomenon of sleep paralysis.”

I was hired to design the key art for the film and also design, develop and manage the website, AreYouDeadAwake.com. The website has the ability to receive submissions from users sharing their terrifying sleep paralysis experiences. 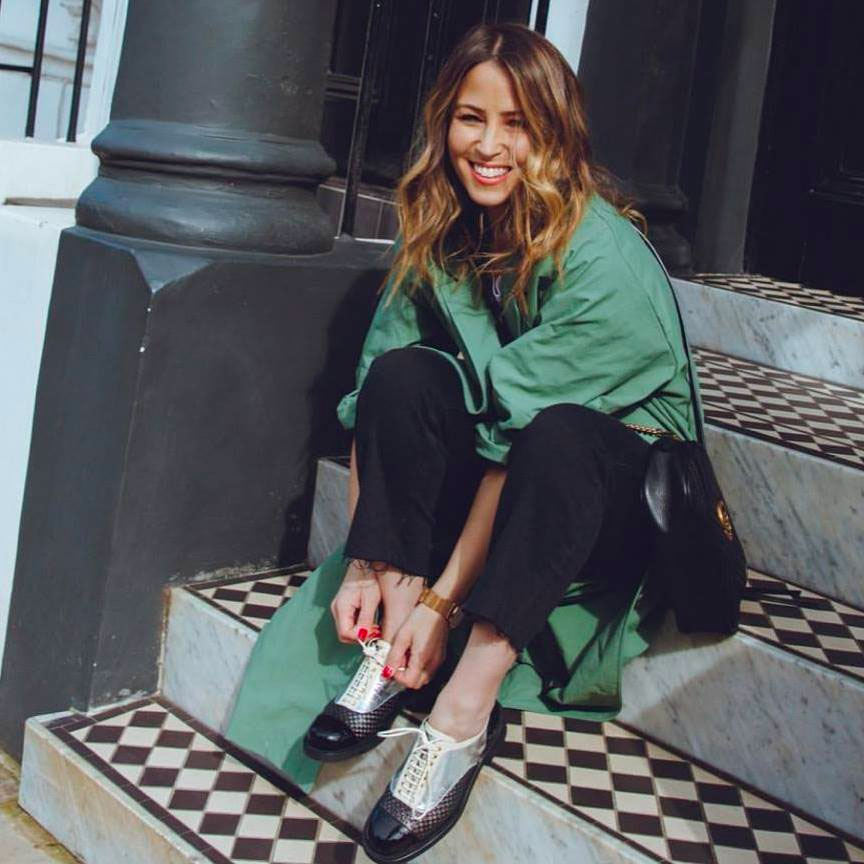 Rachel Stevens was a member of the pop group S Club 7. After their successful run, Rachel launched her solo pop career.

Her second album, ‘Come and Get It’ has gone down in history as one of the best albums of the 2000s.

Since she has stopped releasing music she switched her focus to her family. Occasionally, you can catch Ms. Stevens on a reality TV show like ‘The Voice’ or ‘Master Chef.’

For her official fansite, we wanted to create a fun and interactive design. We were able to accomplish this by using an orange color scheme and adding some animated elements to the design. 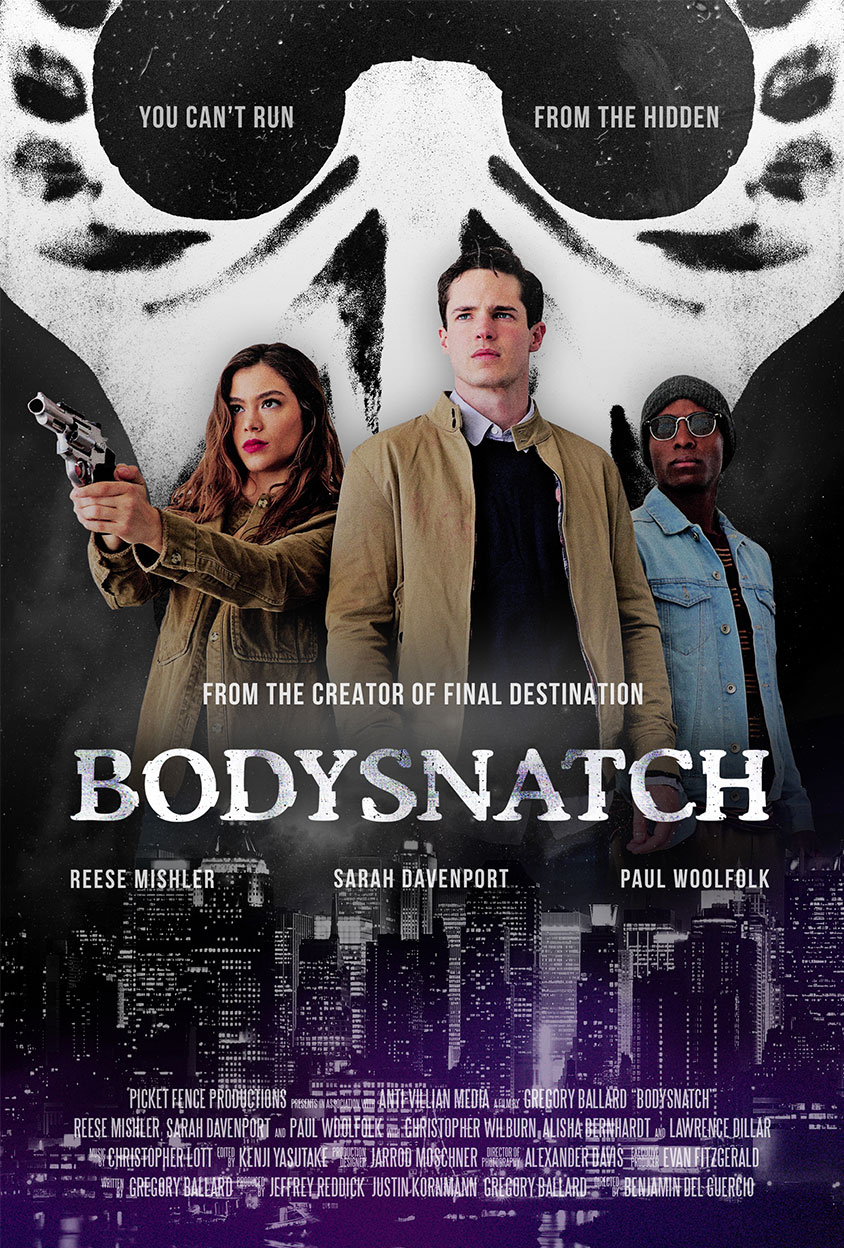 “New college graduates go on the ride of their life when they hijack a stolen cop car and take it for a spin. During their joyride, they run into some unearthly beings that bear one hive mind and the ability to inhabit the bodies of humans. It becomes obvious that their fun adventure has ended and are now on the run for their lives.”

I was asked to design sales art for the indie horror film, “Bodysnatch.” The film was written by “Final Destination: creator Jeffrey Reddick. The concept was meant to include enough about the film so those interested in purchasing could get a grasp of the project with the poster and synopsis. 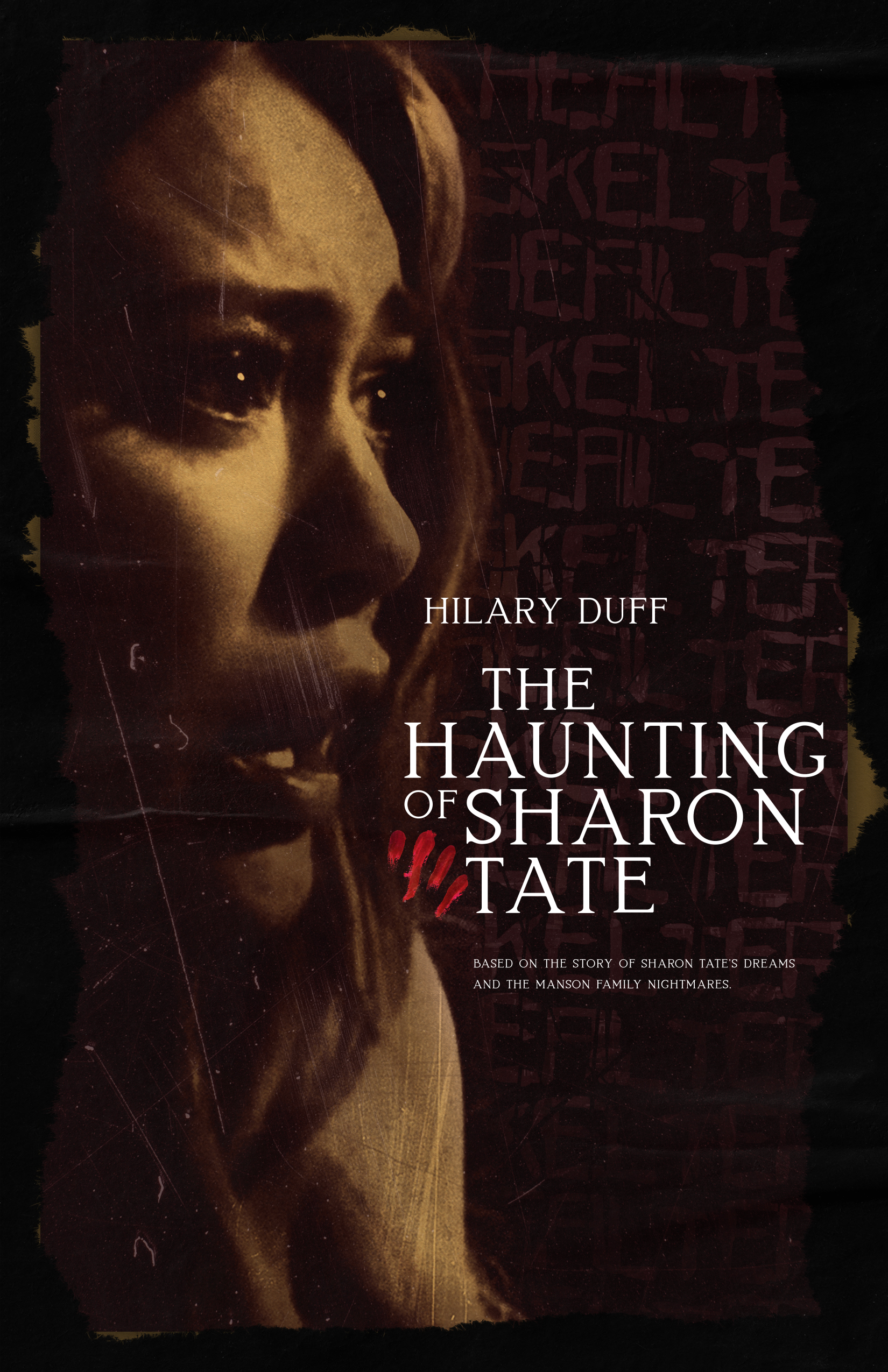 The Haunting of Sharon Tate is an independent horror film that follows Sharon Tate weeks before Charles Manson gruesomely took her and her unborn childs’ life.

The film stars Hilary Duff and is an interesting approach to the infamous story. There have always been rumors that Sharon was having nightmares that predicted her fate and this movie does a great job at bringing that to life.

For this one sheet, I wanted to create a modern poster with a retro twist. 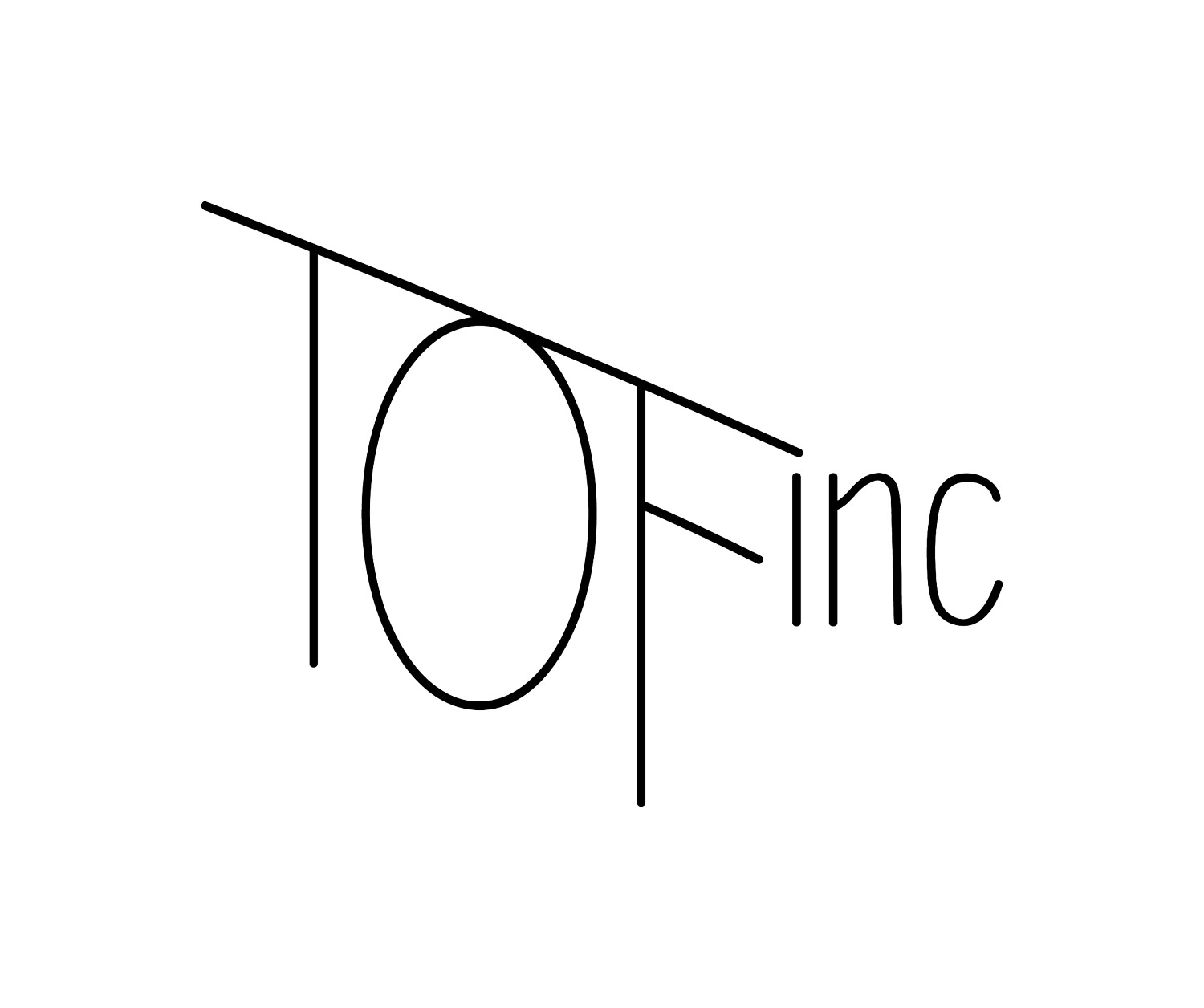 TOF, Inc. is an independent production company that creates and distributes web-series.

They are known for their YouTube exclusive, ‘STANS,’ which showcases three diverse characters who try to navigate real-life while being consumed by Twitter ‘stan culture.’

For their official website, we wanted to create a simple landing page that can link into custom mini-sites for each series they release.

As of now, we have only launched the ‘STANS’ section, but the client loves their ability to update the website, promote the series and receive communication from potential investors. 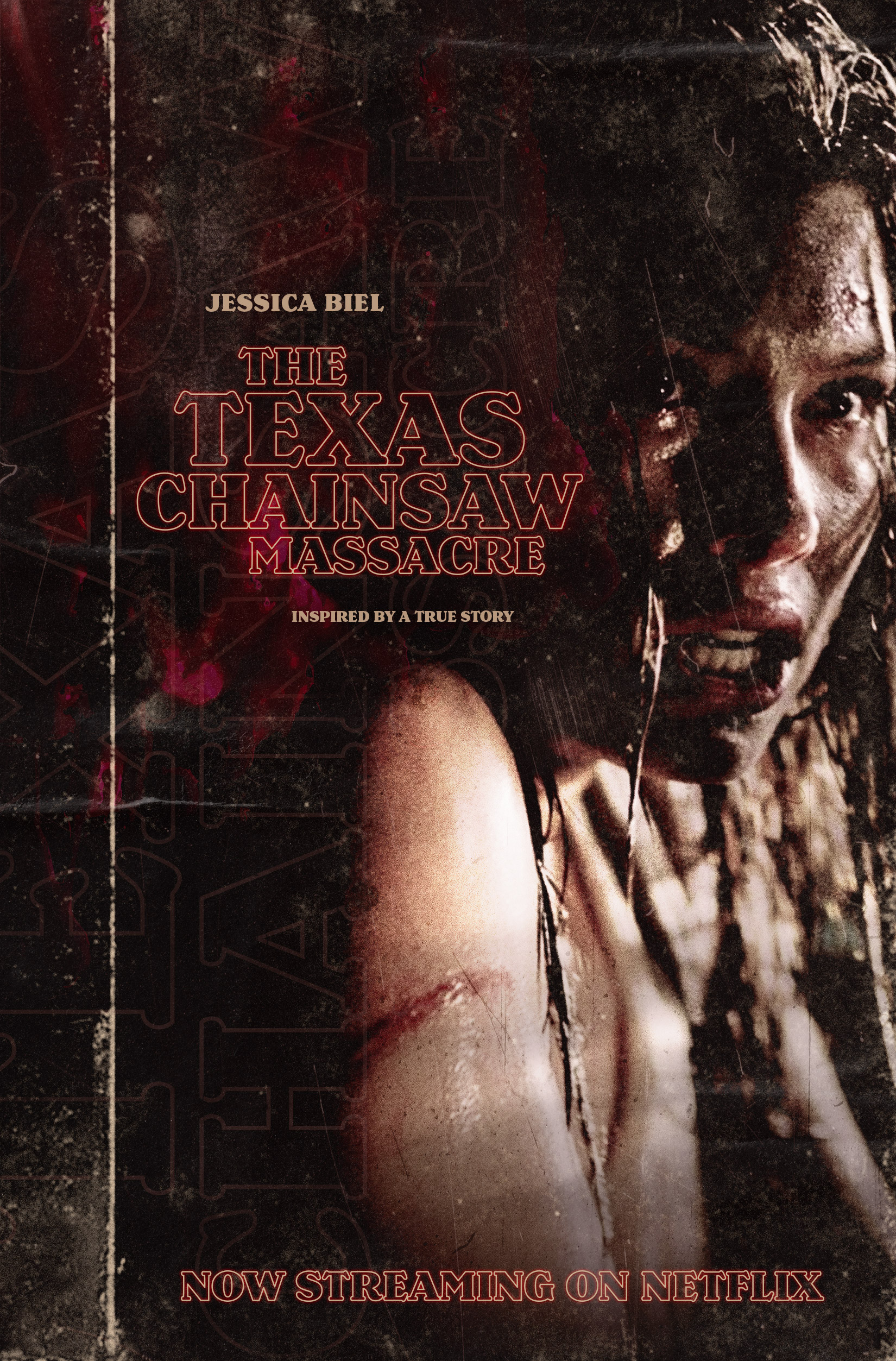 “ picking up a traumatized young hitchhiker, five friends find themselves stalked and hunted by a deformed chainsaw-wielding loon and his family of equally psychopathic killers.”

The Texas Chainsaw Massacre remake is one of my favorite horror films, beyond the nostalgia I have (it was the first horror film I saw in theatres without parents), it made me a fan of the genre.

When the film was released on Netflix in 2019 I designed a handful of concepts that could help promote the film.

Jessica Biel is a great final girl so making her the focus was a no brainer. I also wanted to play off of the fact the film takes place in the ’70s by giving it a grungy/old look. This was also a fun approach for a remake. 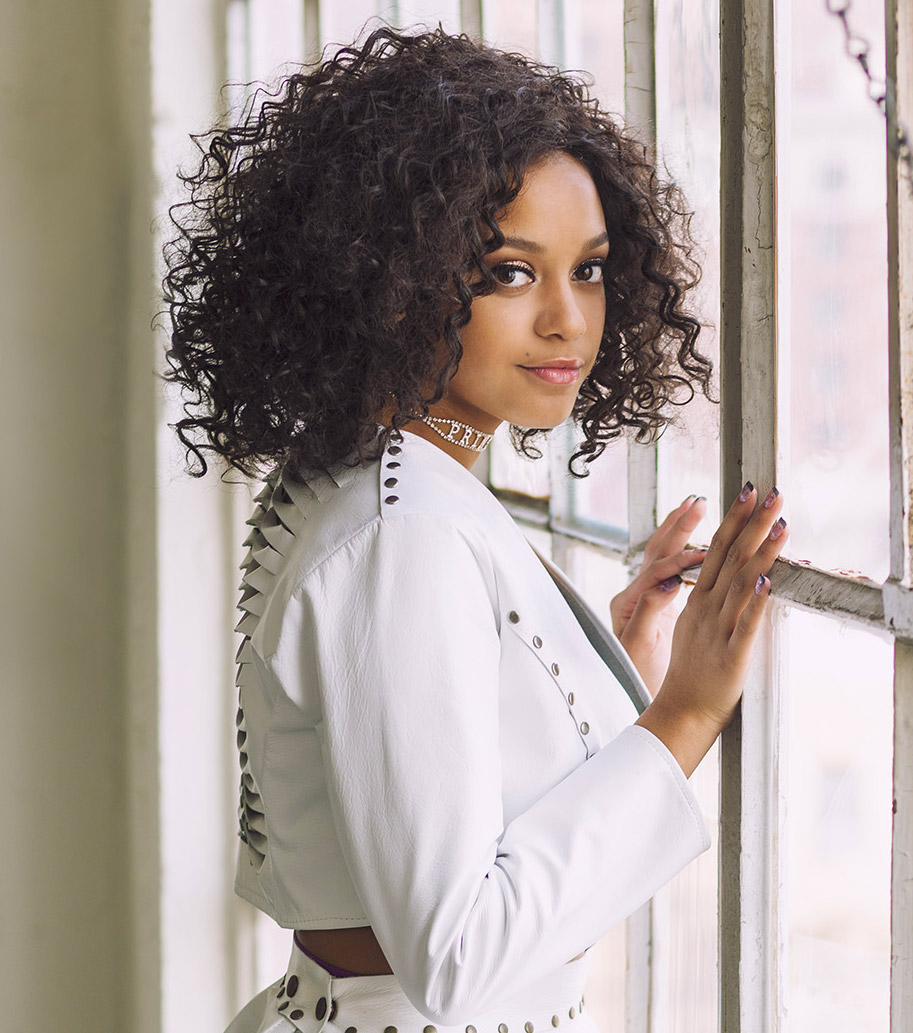 Nya Marquez is a recording artist and dancer. She is only 16 yet she has already released her debut album and worked with producers like Red One.

For her official website we wanted to create a young and fun look, we were able to achieve this by using fun yellows mixed with black and gray.

The website also has an e-commerce aspect and has a membership portal that allows users to pay a monthly fee to receive access to exclusive content.

Beyond her website, I also had the pleasure of designing the artwork for her debut album, ‘Crush.’ It is a fun and young pop record so we played to that in the design.

The album was released digitally and is available in CD format. 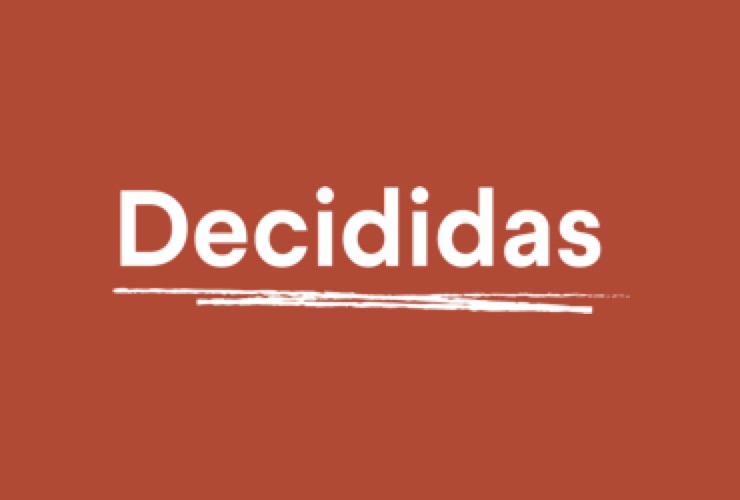 Decididas is a digital content series and platform that empowers women in Mexico and Latin America by creating awareness of the decisions they make every day in order to generate positive changes in society.

When Olga Segura, Founder, reached out to have me develop the new website I was beyond excited, not only because I have worked with Olga on a handful of other projects (Olga Segura, Producciones A Ciegas and The Truth About Emanuel) but because this was such a great cause.

The website was designed by a Decidida and I was able to bring her beautiful design to life. 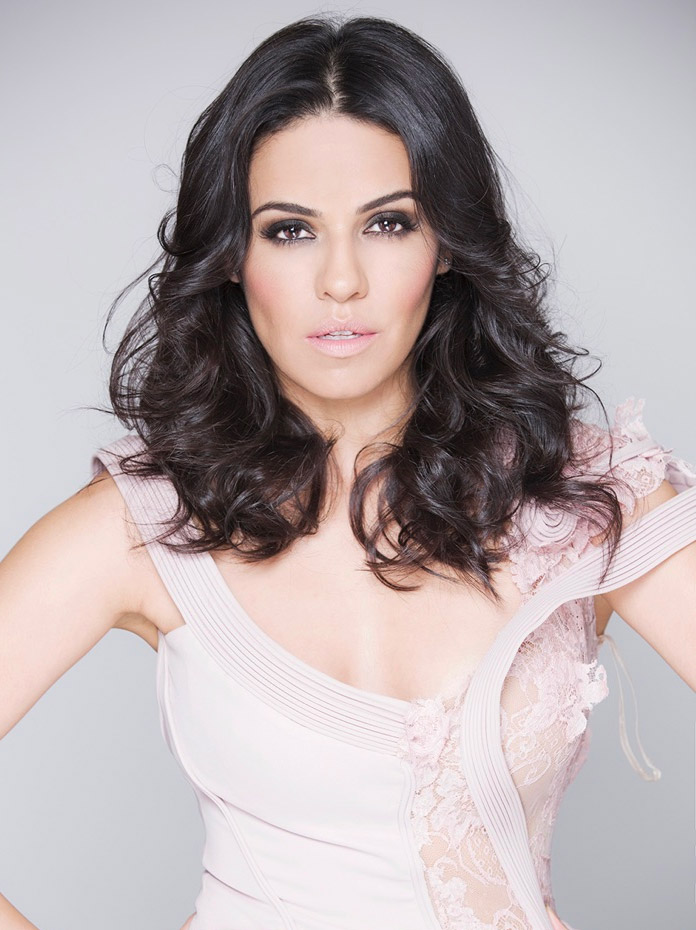 Mexican actress and producer Olga Segura has starred in numerous films and was declared one of GQ Mexico’s sexiest women in 2015. Beyond starring on the silver scree, Olga has a production company that has financed “The Truth About Emanuel” and “GOATS.”

I have been working with Olga since 2014 and we are on her second design. Before I took over, the website was an HTML website that was impossible to maintain. We upgraded her platform to WordPress and now the website is updated to reflect her latest work at all times. 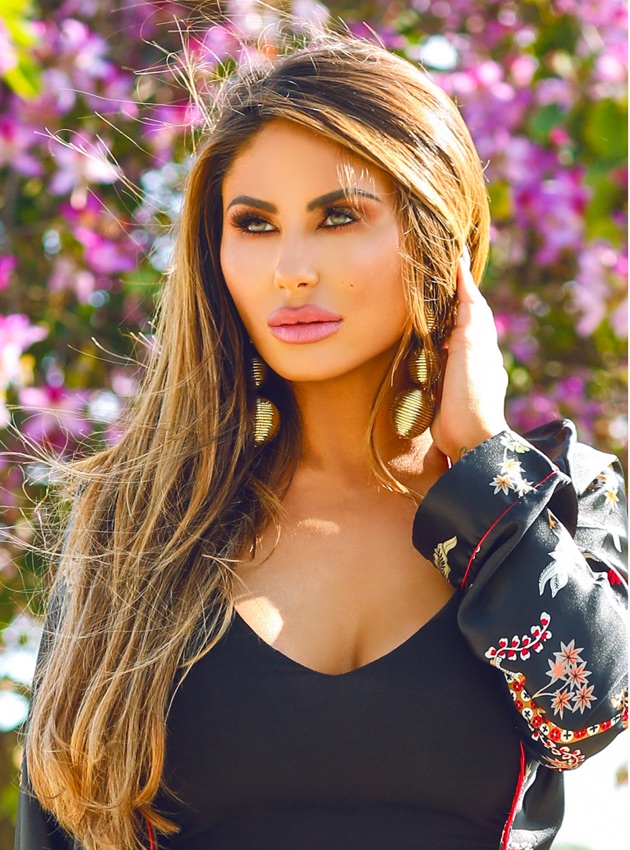 Mikalah Gordon was a contestant on the 4th season of American Idol. Known for her soulful voice and spunky attitude, Mikalah quickly became a fan favorite. After the show, Mikalah went on to guest star on shows like “The Unit”, “Gone Country 2” and “The Tyra Banks Show”.

I have been designing, developing and maintaining Mikalah’s website since 2005 and was one of the first websites I ever published. Not only do I manage her website I also designed the artwork for her debut single, “Honey,” which was released in 2013.

Mikalah also stars in the CW’s ‘The Christmas Caroler Challenge” as a judge on the panel. In December 2019 released her first Christmas single, “Sugar & Spice,” and I was lucky enough to design the artwork. 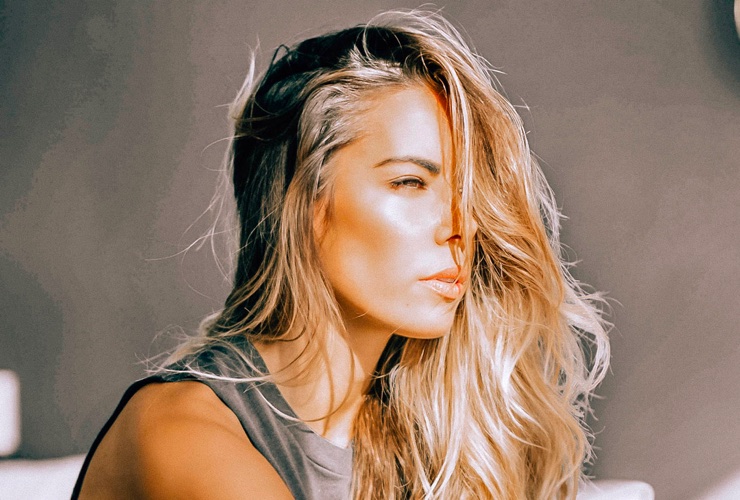 Ryan Starr was the 7th place finalist on the first season of Fox’s “American Idol.” Ryan was quick to become a fan favorite thanks to her husky vocals and her self-made outfits.

Fashion was always big for Ryan so it’s no surprise she has entered the fashion and lifestyle blogging community. Her new website, She Is Ryan, is a vehicle to help promote her YouTube channel and Instagram where she shares intimate thoughts and all of her style secrets.

When we started designing the website, Ryan had very clear ideas on what she wanted and we worked together on every aspect of the design. The development was quite a process, every area of the website is controlled in the dashboard and every page can have a custom layout.

Our main goal was to create something minimal that had enough flair to keep users on the website. 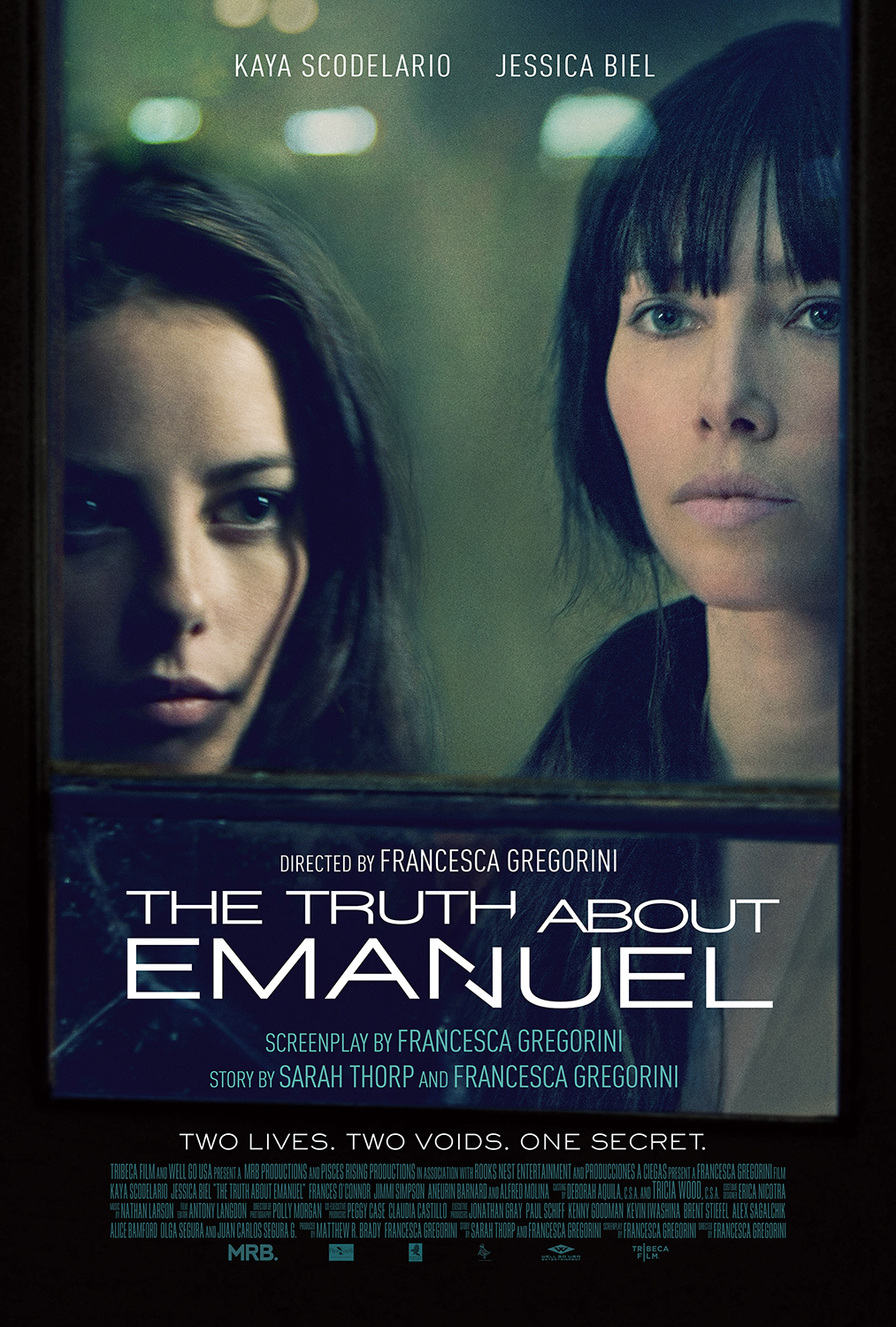 “A troubled girl becomes preoccupied with her mysterious new neighbor, who bears a striking resemblance to her dead mother.”

I was asked by writer and director Francesca Gregorini to design festival posters and eventually the website.

We never launched a responsive website due to time restrictions that were put on us from the studio, but the website is still up although it launched in 2013. 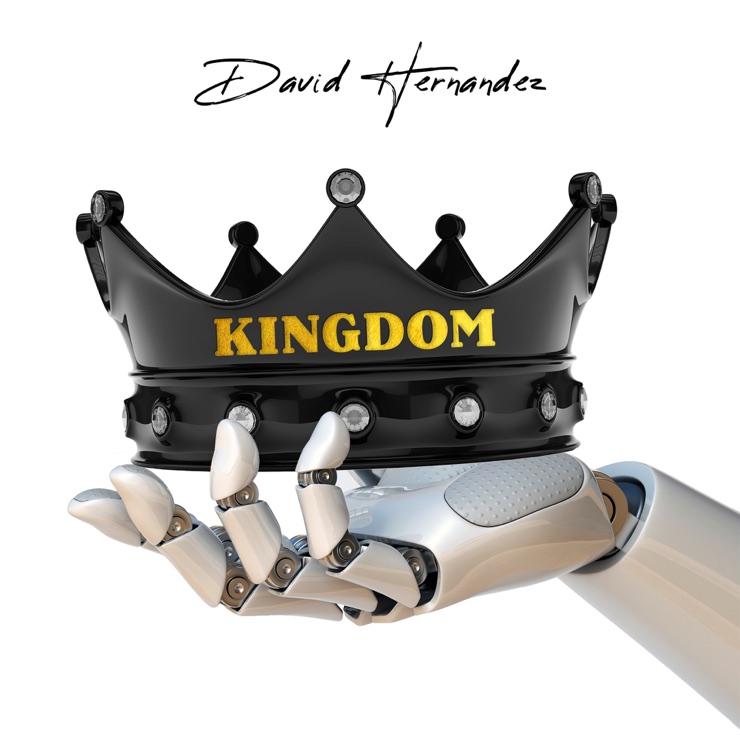 David Hernandez was a contestant on the 7th season of American Idol and has been releasing music independently ever since.

I was hired to design the cover for David’s 2016 single ‘Beautiful’ and several promotional flyers for his tour.

After ‘Beautiful,’ David also asked me to design the cover for his next single, ‘Shield.’

Shortly after his single releases, we started work on the cover for his ‘Kingdom’ mixtape. This project has a lot of different vibes to it, so we didn’t want to constrict the design options to our single covers. David wanted the artwork to feature a robotic hand and crown, which is a great representation of the music and message. 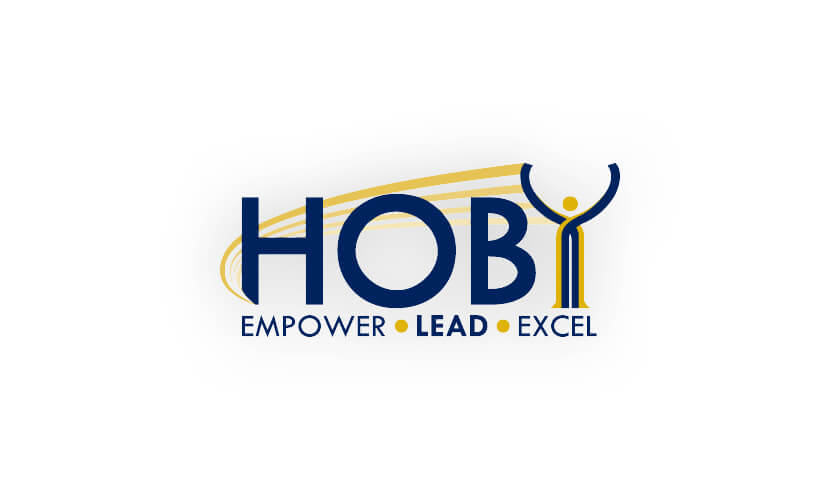 HOBY exists to motivate and empower individuals to make a positive difference within our society through understanding and action based on effective and compassionate leadership. To accomplish this, we strive to inspire and develop our community of youth and volunteers to a life dedicated to leadership, service and innovation.

I was hired to re-design and develop the site as the old website was managed by Google sites. After updating their content management system to WordPress, I was able to train the team on updating so they could keep their seminar information up to date. 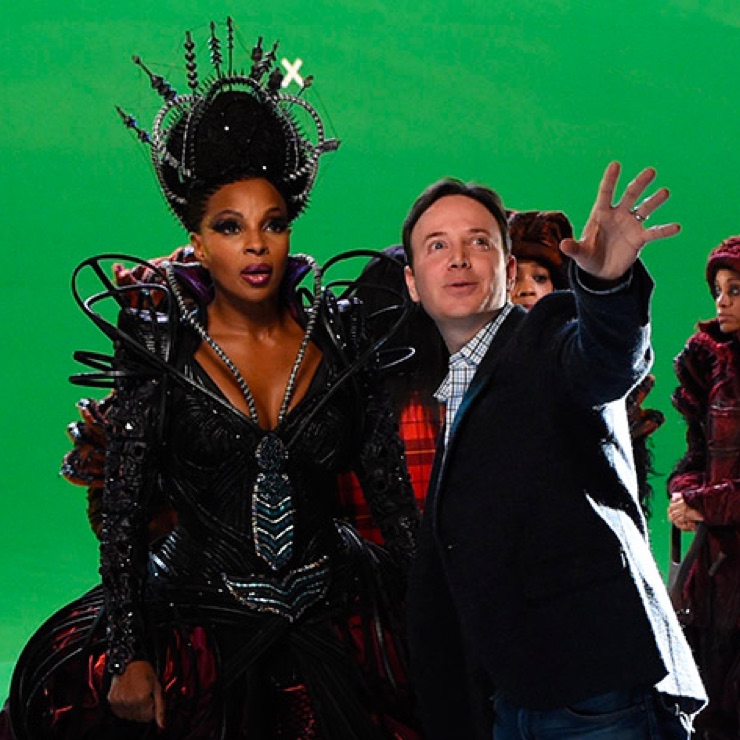 Dean McFlicker is Senior Vice President and Creative Director of Original Production, Live Events and Promotional Programming, NBC Entertainment, where he is an award­?winning producer and director of countless productions and has created campaigns for some of the most successful shows on television.

When I was hired to design and develop Dean’s new website, he made it clear to me that showing up in search engines was not the priority but rather it needs to host his portfolio and other work he may want to showcase.

We were able to pack a lot information into not a lot of space due to our use of an ajax “load more” button that allowed Dean to host as many videos as he may want. 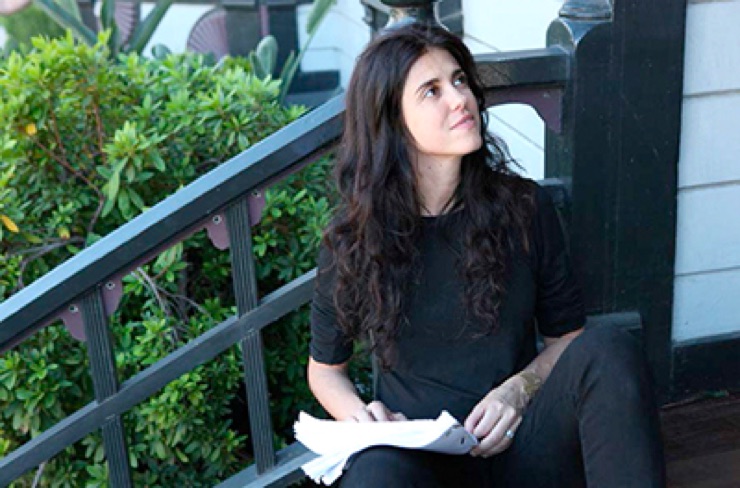 Francesca, a Theater Arts Major, sold scripts to both HBO and Paramount before her directorial debut Tanner Hall (2009) with Tatiana Von Furstenberg. The film was an official selection at the Toronto Film Festival (2009). Francesca next wrote and directed The Truth About Emanuel (2013) , which stars Kaya Scodelario, Jessica Biel and Alfred Molina. The Truth About Emanuel premiered in the US Dramatic Competition at Sundance (2013).

After working with Francesca on her 2013 film “The Truth About Emanuel,” she hired me to design and develop her official website. 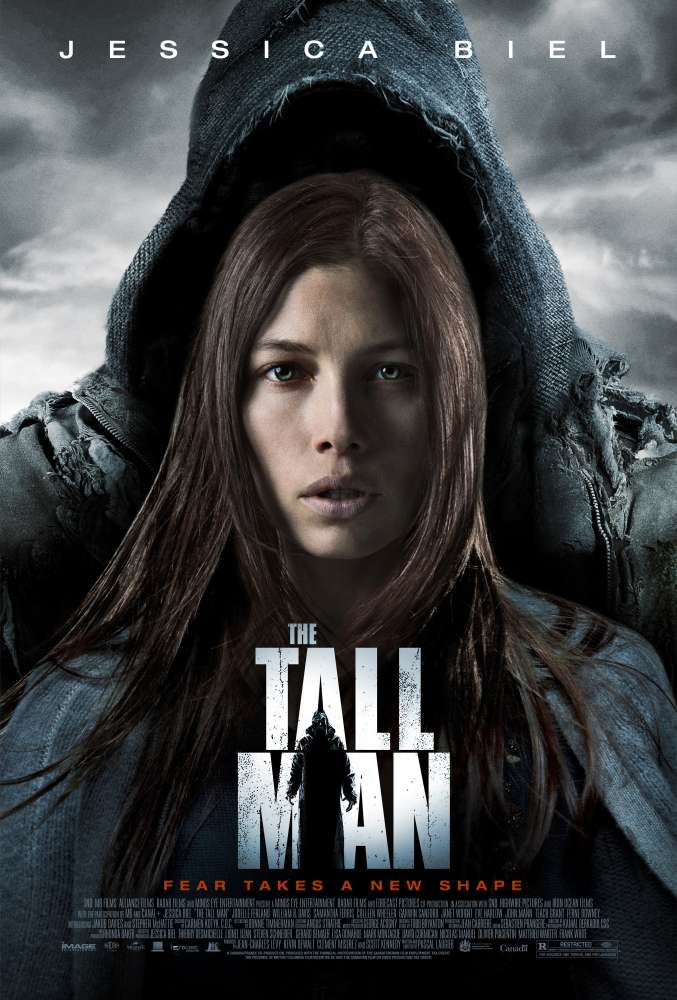 “When her child goes missing, a mother looks to unravel the legend of the Tall Man, an entity who allegedly abducts children.”

The Tall Man was the first film project that I worked on. I helped with promotional graphics, social media and more. The only portion of the project that is still live if the Facebook page, which I run.